So it’s been a couple of weeks since my last post. Unfortunately I had a lot going on, but this time I am good to go and I’m back in the game.

And where to begin?

A film review. And what a film to start on. 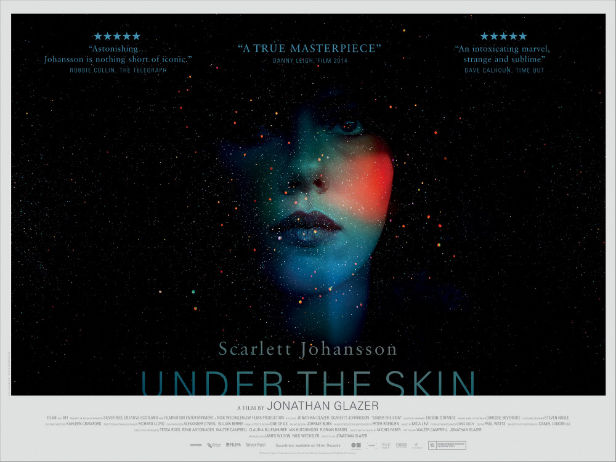 What struck me as fascinating in regards to Under The Skin was the themes that the film carried. The more you look back on Glazer’s masterpiece of a picture the more themes you begin to understand and realise about it. The key theme that everyone tends to pick up on is the ways of being human and moreover, the perceptions of humans from the perspective of an outsider, an alien.

Johansson’s alien is struck by how odd humans are in some instances and is mystified by why we do the things we do. 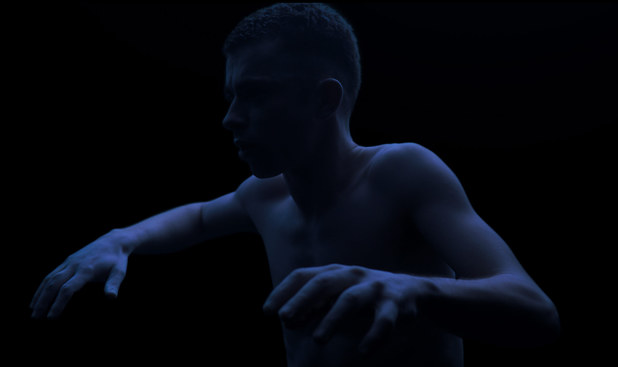 The scene on the beach where Johansson watches the man trying to save those people for drowning while she just stands there and does nothing reminded me of Keanu Reeves in The Day The Earth Stood Still, where he stands there eating a sandwich watching a man die of a heart attack. They don’t understand why there is so much panic because they just don’t understand the situation. It’s why she leaves the infant alone on the beach when the infant cries for help. In fact the alien on the motorcycle does the same thing.

And it’s why she always questions every single companion that ends up taking a lift from her.

The title of the film is incredibly fitting because like I said, it deals with human perception and questions it. The most tender moment and example of this comes from the scene where the Johansson alien picks up the hooded man and his face is unveiled.

The film is well thought out because we don’t know any of the character’s names. This is so vital because now, if you had to discuss the film, you’d have to name the characters by their description and that’s what makes the film smart. We find out a bit about the hooded man. The fact that he has nice hands. Or that he doesn’t trust or like people in general. Or the fact that he has never been with a woman.

The fact that we as humans are not perceiving what is underneath but in fact what is right in front of us and in plain view. Most of Johansson’s victims are seduced by her because of her beauty and that’s why the ending is so fitting and so well crafted. It deals with the irrationalities of human beings.

The man who wanted to rape Johansson was so persistent because of her beauty but once we saw what was underneath, what Johansson’s true form was he reacted by burning her to death.

That moment in the film becomes pivotal because it changes Johansson’s character.

What adds to making every scene so memorable in Glazer’s film is the terrific performance of Scarlett Johansson.  She is able to play the alien so well you can’t help but empathise with her, to understand the world from her point of view. Her character is not used to the ways of humans, and therefore unlike humans she doesn’t prejudge the people around her.

That’s why the scene where she is picks up the hooded gentleman is such a stand out scene. As she doesn’t understand the way humans judge each other based on what’s on the outside she isn’t deterred by the man’s appearance. And neither was Johansson in that scene.

In all honesty, I reckon a lot of actresses, even the most talented ones might feel a bit nervous or uncomfortable with having to work with an actor suffering from that condition. What I’m trying to say is that even though the actress will try to appear unfazed by the gentleman’s appearance, you will still be able to tell in the scene that they are a little bit deterred.

However, Johansson doesn’t seem fazed by the hooded gentleman’s appearance and it makes the alien more real. It also reflects when on a Hollywood A lister like Johansson, that she is an absolute professional that isn’t fazed by the situation and isn’t being prejudice to the person in the situation.

As I was writing my review for Watch_Dogs I listened to the soundtrack on YouTube and I found another reason as to why this film had remained so strongly etched into my memory.

It was so eerie, and it had a sort of jittery effect. It really did sound like it was crawling on your skin. It was one of those times where the film’s sound track is just important as the film itself.

The stand out song for me is the aptly named Love. It played in the scene where Johansson was trying to have sex with the stranger who was kind to her on the bus.

The song has such a strangely tender quality to it that it worked so well with the scene it was used in. It’s a track that has a reminiscent quality to it because it deals with first love, and it plays when Johansson’s character is possibly experiencing that for the first time. The song and the scene is able to expose and draw on the intimate corners of the human experience in regards to love and passion. 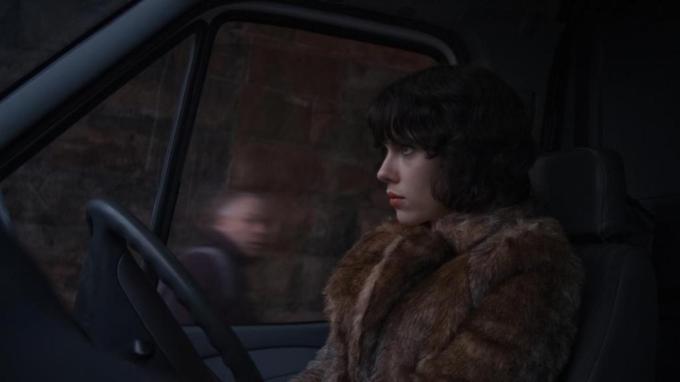 The other tracks too like Creation and Death both stand out. Creation has a sinister quality that gains more and more momentum as the seconds go by. Whilst Death has a slow and dreary sound to it that as I listened to it I was reminded immediately of the scene involving the nude man who had his insides sucked out of him and his skin was just dancing in the blue liquid like satin or silk.

I think what I also loved about Under The Skin as well is it’s use of CGI. Or should I rather say, it’s lack of use of it. The fact that it didn’t rely heavily on CGI, gave the film such an organic look than when it did use special effects, it was for good reason and worked well especially in the closing scene when we see Johansson’s alien form.

I read online that apparently certain parts of the film were shot with hidden cameras, and that added more to the unbelievably realistic look to the film. You could see that the people that Johansson walked past in the city were real people, not extras, therefore a lot of the film doesn’t look entirely simulated.

Overall, Under The Skin is among one of the finest films I’ve seen all year. It might not be everyone’s cup of tea, some may see as a very artsy, experimental piece of film, but that’s what makes it a lovable film. Like I see for any movie, you can only form your own judgement if you actually take time out and watch the film. If you like it, you like.

So, Under The Skin, what did you make of it? Do you like it? Or don’t see the point to it?